Mama coaching for the mother who wants to be even happier

What is mama coaching?

How does it work?

Is mama coaching something for me?

What is mama coaching?

No, it is sometimes a though and difficult role where you learn ‘on the job’ which sometimes triggers you.

The only example you might have are the way your parents did the parenting job. Sometimes good, sometimes not at all, sometimes outdated, sometimes not fitted to your and your partner’s personality nor values.

Becoming of being a mother is sometimes being succumbed to earlier negative experiences which trigger you as a mother and which could cause outbursts toward your children which you later on regret very much.

‘Sometimes being a mother could feel like a burden’, you almost whisper it, because you feel ashamed. Your environment or even society would disapprove, right?

All this above and much more is what you and I address in 3 consecutive sessions and one follow up session. Read on to find out more about it.

How does it work?

It starts fairly simple.
It starts by you. You recognize that the current way things go on in your life and by extension in your family do not run as you like it. You feel that there is more and better somewhere possible.

You might have walked this path several times by yourself by reading piles of books about selfdevelopment, parenting and many other topics, trying to make a change.

You have probably visited a therapist several times where you perhaps felt a bit of change for a while, but not not the breaktrough change which you envisaged.

Is mama coaching something for me?

I have three questions that will help you to define whether this approach is for you. 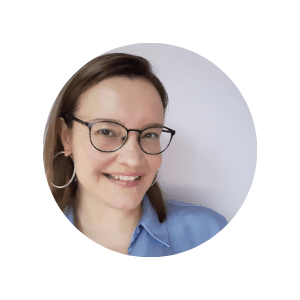 I am Iris Uylenbroeck [U’hlen’brook], yes unfortunately unpronouncable outside the Dutch speaking area. The meaning of my family name is owl near a swamp.

Iris, not because I was so eager to use my name, but more because of the symbols that relate to my coaching approach.

Why I became a mama coach?

I have decided to become a mama coach, because I believe that if you feel as a mother and woman well, then you can improve the future by setting the best possible example to your children. I also believe in your capacities to change and daring to choose happiness and lifetime growing.

I am a certified coach according to the Body Mind Workers program set up by Matt Hudson in the UK.

My training consists so far out of more than 300 hours, spread over two years.

I am a mother, daughter, sister and I hope a good friend.

I love to bake cookies and pies with my children and make long walks with family and friends. I also love reading and listening to music.

My secret? I love notebooks and I have a constant stock of unused notebooks. Just in case I would like to start a new project or have a brainwave.

Are you ready for change?

When you are ready for action and want to become even happier as a womand and mother, start by taking the first step and book an appointment, online or locally in Belgium.

I am looking forward seeing you and start this journey of change with you.

This website uses cookies to improve your experience while you navigate through the website. Out of these cookies, the cookies that are categorized as necessary are stored on your browser as they are essential for the working of basic functionalities of the website. We also use third-party cookies that help us analyze and understand how you use this website. These cookies will be stored in your browser only with your consent. You also have the option to opt-out of these cookies. But opting out of some of these cookies may have an effect on your browsing experience.
Necessary Altijd ingeschakeld
Necessary cookies are absolutely essential for the website to function properly. This category only includes cookies that ensures basic functionalities and security features of the website. These cookies do not store any personal information.
Non-necessary
Any cookies that may not be particularly necessary for the website to function and is used specifically to collect user personal data via analytics, ads, other embedded contents are termed as non-necessary cookies. It is mandatory to procure user consent prior to running these cookies on your website.
OPSLAAN & ACCEPTEREN